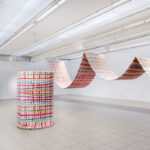 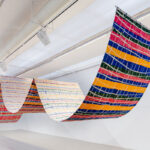 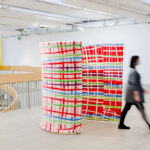 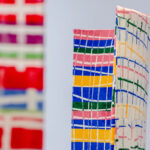 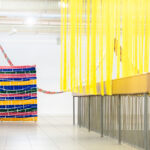 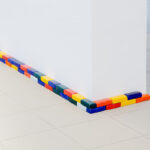 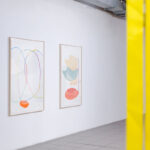 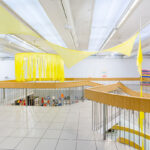 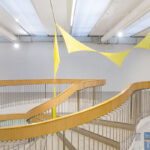 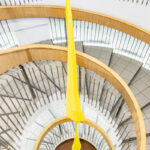 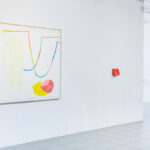 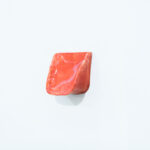 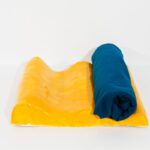 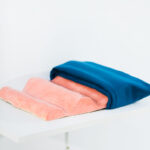 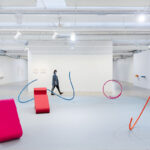 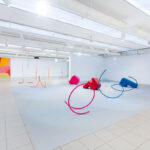 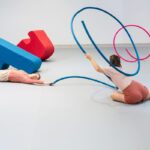 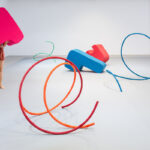 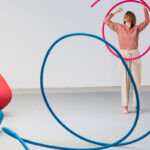 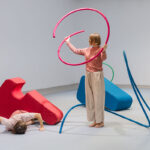 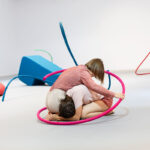 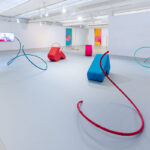 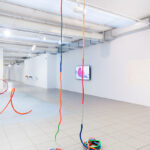 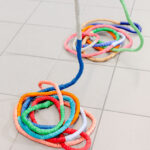 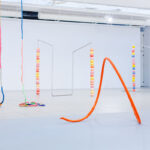 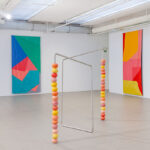 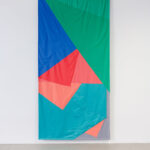 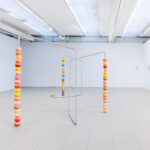 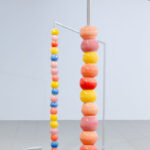 Again and again, Alicja Bielawska’s sculptures go wavy and straighten out. On the one hand, they outline the shape of the ceased activities, having accumulated all their earlier movement, with loops, slaloms, ripples and bends. On the other, they accommodate the potential for further manoeuvres.
The artist likes to think of her pieces as a kind of an alphabet — a set of forms availed for use in personal choreographies, waiting to become rearranged and endowed with new meanings. In this context, space becomes an archive of lines that have been delineated by viewers in motion. And although science demands that our organs of sight should be tools of objective analysis, that is calculating, rational and critical, eyes reunite with the body, so that, in unison with the sculptures, they could create short-lasting yet impassioned connections.
The objects reflect trajectories of viewers who walk around, slowing down their steps or perhaps retreating altogether, with inclined, skewed or raised heads. Various stands, axes, partitions, hoops, pennants, rails and ropes initiate dynamics that forms a treaty on gravity, wherein the weight of the cloths — as they hang down and turn inside out — is a way to express the fascination with the downward force that drives matter to earth, to another physical substance. Due to the ever-changing relationships between objects, which are moved by airflows induced by the viewers’ bodies, the exhibition has no permanent spots — it seems to be swaying and spilling all around.